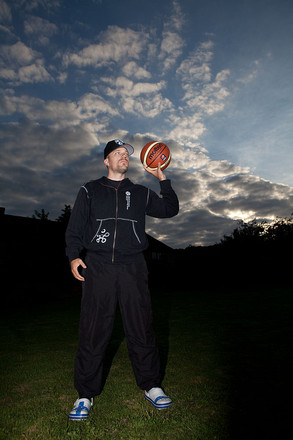 Photography wasn't always something I wanted to do, for many years I didn't even own a camera. Once I picked a camera up again, things slowly developed from taking 'snap shots' - to starting to specialise into Sports/Editorial Photography.
Since then I have kept on developing my skills and techniques of capturing the action - there have been mistakes on the way, but I have learned from them and emerged as a (hopefully) better photographer from them.

One of my passions is Basketball - both to watch it as a sport, and to photograph, it is one of the most satisfying sports to capture images from. Followed closely by Women's football - a sport that I have also close connection to in England and abroad. I have been the Official photographer for the Finnish National teams since 2010, first away games and now both home and away.

Winter seasons are spent as the Official Photographer for the British Basketball League (BBL) and Leicester Riders. Apart from this, I also photograph football from the lower leagues all the way to International matches and Premier League. Travels to European continent also feature heavily during this time of the year.

Here is a list of some of the bigger event I have covered in the past years :

2015 : Official Photographer for Magical Together, Tampere